About a quarter of American adults get news from YouTube

Twenty-six percent of American adults get news from YouTube, according to a new study by the Pew Research Center. And 13% of those say YouTube is the most important way they get news.

The Center studied the platform, which has more than two billion monthly users, by conducting a survey of over 12,000 U.S. adult YouTube news consumers in January 2020 and asking them about their experiences. Then Pew analyzed the most popular YouTube news channels and the contents of the videos some of those channels published in December 2019. 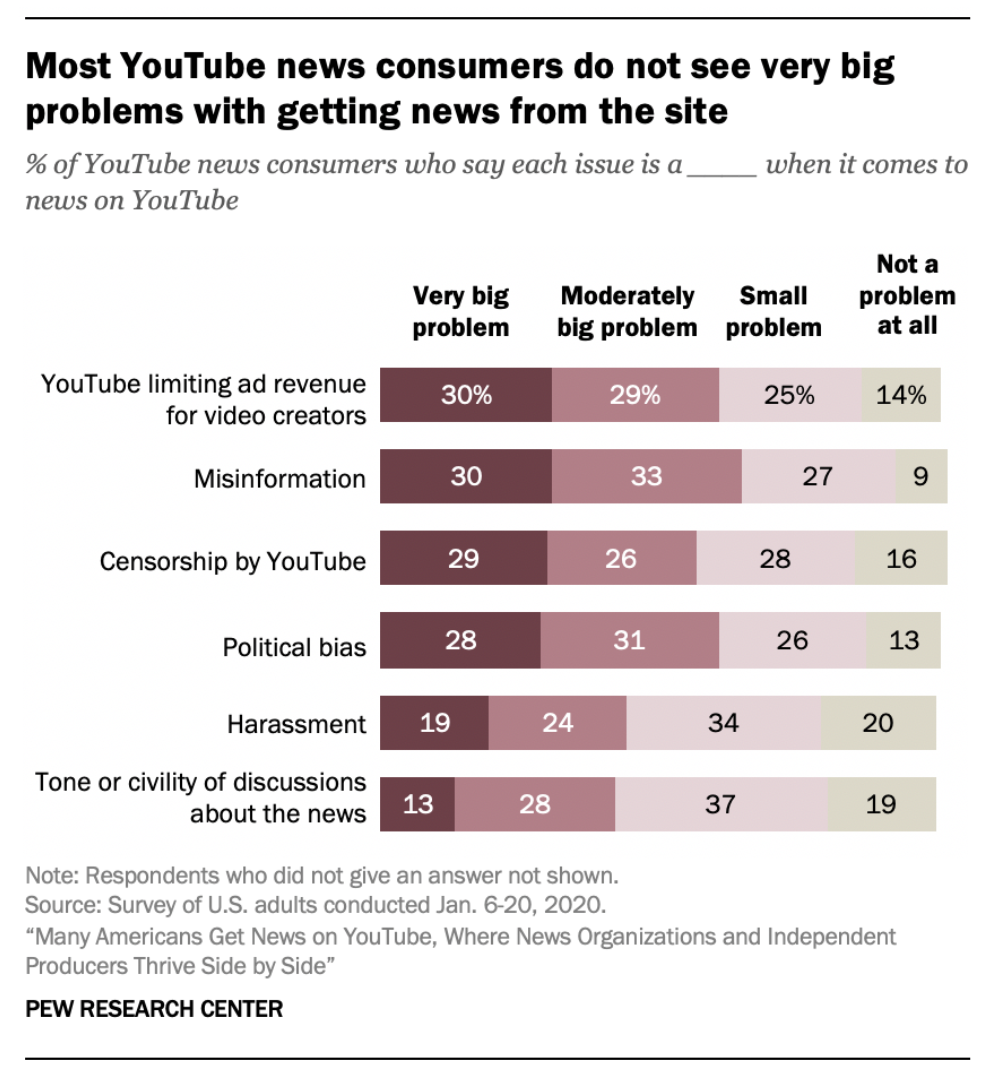 The content analysis also found that the styles and content of news videos vary widely, from video length to upload frequency. “During the period analyzed (December 2019), news organizations posted a much higher volume of videos than independent sources (33 vs. 12 for the typical channel of each type), while independent channels’ videos were typically much longer (more than 12 minutes, compared with about five minutes for videos from channels affiliated with news organizations),” the researchers write.

The report also notes that 44% of these news channels are centered around YouTubers instead of what we think of as more traditional journalists:

The content analysis also finds that most of these independent channels are centered around an individual personality — often somebody who built their following through their YouTube channel — rather than a structured organization.

These different offerings and approaches to the news could have a variety of implications for the experiences of people who get news on YouTube. On the one hand, most YouTube news consumers seem to have a positive experience. Clear majorities in this group say in the survey that the news videos they watch on YouTube help them better understand current events (66%) and expect them to be largely accurate (73%). And a similar share (68%) say the videos keep their attention and that they typically watch closely, rather than playing them in the background. 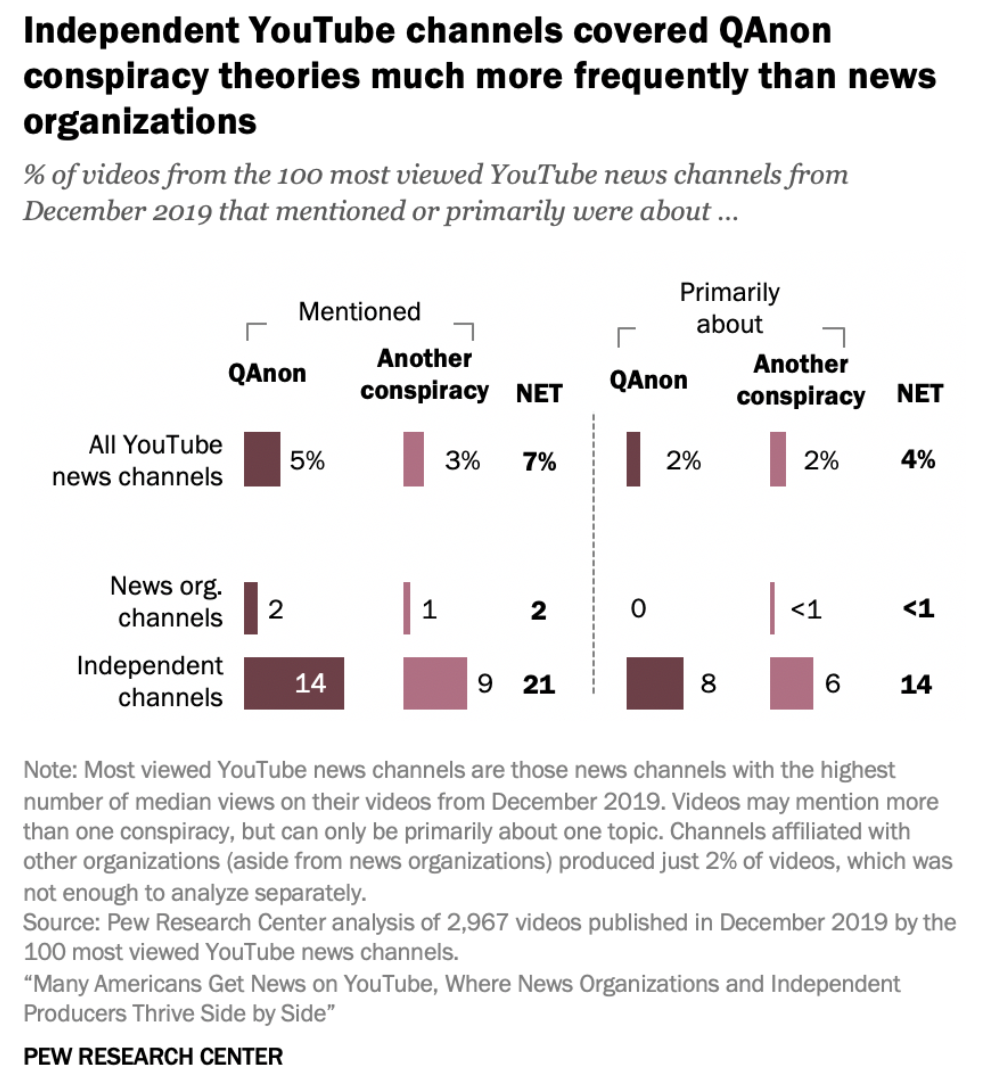 I’m disturbed that anyone – let alone 13% of Americans – say "the most important way" they get their news is YouTube.

No wonder belief in conspiracy theories is so prevalent. https://t.co/OEeKADMslT

YouTube news consumers generally approve of their experience. Majorities say news videos there help them better understand current events, and are largely accurate. And given a list of six potential problem areas, no more than three-in-ten see each as a very big problem. pic.twitter.com/x7gcXEPMxL

Pew analysis of thousands of videos posted Dec ’19 show that when looking only at videos from independent channels, 14% were primarily about Qanon, Epstein or anti-vaccine conspiracy theories. A higher share (21%) mentioned at least 1 of those conspiracies https://t.co/PeLj8UBRii